If you read “Mud under pressure can turn into gemstones,” you might have questioned my remark about glass forming in the desert. (Big “if,” I know.) If you read Schistocity and the Slaty Cleavage, you might wonder about my sanity or at least my time management skills. Today I will further demonstrate my self indulgence, lack of discipline and useless fascination with sediment. Perhaps my recent weight gain is  a sign I have become what I read about: sedimentary, sedentary, stout, thick, heavy.

But let’s think about how glass was discovered! It’s far more interesting than the extra 15 pounds which have made  my clothes unbearably unwearable.

Fulgurite is a kind of quartz, Si02, which has been fused by the action of lightning striking the Earth and locally melting the sand.

THAT IS SO COOL!

Sand Fulgurites are like glass tubes, sometimes  a half inch in diameter or bigger,  formed when lightning strikes the Earth and courses downward through the sand. The sand is instantly super heated, melted and fused. After cooling,  hollow tubes (Fulgurites) sometimes occur beneath the surface of the sand, often shrinking in diameter,  sometimes branching as they descend, sometimes extending for several feet. Quartz sand grains that don’t fuse may adhere to the fulgurite, making it rough on the outside, while the inner surfaces and openings of the tubes are usually smooth and glassy. It’s fascinating to behold, as if someone deliberately applied a blistering, bubbling glaze. I’d love to see a chandelier made of Fulgurites. 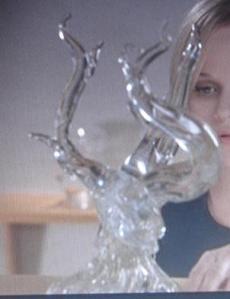 Rock Fulgurites form when lightning strikes rock, melting and fusing the surface, and sometimes the interior of the rock. The melting point of Si02 is 2950oF. The color of  glassy, fused Si02 varies from pale gray to smoky gray  to shiny black.

The name Fulgurite is from the Latin: FULGUR (lightning). Now I’m tempted to google rocks named for Thor (thunder).

Now that’s a great word: Impactite. Those who turned “impact” into a verb would have fun with this one. 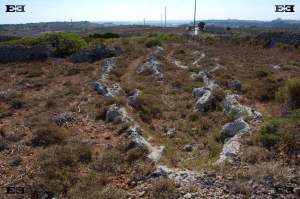 If you can’t get enough of rock talk, here’s the source of today’s infomercial from Carol:

1 Response to Fulgurites and lightning strikes