How Unlucky Anne Green got Lucky 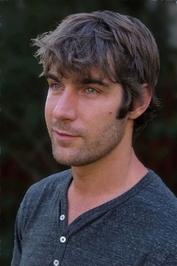 Author Noah Fregger will no longer be First Image Seen if I write a new blog post, so I include him here even though he has nothing to do with Tom Willis, nor the unfortunate Anne Green, a housemaid punished for the sins of upper class men.

Who is Dr. Thomas Willis, and what does Anne Green have to do with it?

My daughter is majoring in neuropsychology, and her professor told her class the horror story of a doctor who got his hands on a cadaver at a time when dead bodies were hard to come by. People didn’t leave their body to science. Grave diggers stole them and sold cadavers to scholars. Thomas Willis (who named the “Willis Circle” region of the brain) was dissecting a brain when … well, you should read this firsthand. I found the story via   Whonamedit? A dictionary of medical eponyms. Here is the story (not written by me):

Anne Green was a 22 year old woman who had been employed as a housemaid by Sir Thomas Read in Oxfordshire. She was probably seduced by his grandson, Mr Geoffrey Read, who turned her down when she became pregnant. The unlucky girl tried to hide her pregnancy, and, when giving birth to a premature child, she hid the body. The dead boy was found, however, and Anne Green was accused of the murder of her own child. She was sentenced to die by the usual method: hanging.

The execution took place on the public place of execution, Cattle Yard in Oxford, on December 14, 1650. First a hymn was sung, where after the officiant expressed that there were extenuating circumstances in the terrible crime, and that the Read family had not taken good care of the girl.

Thereafter the execution was carried out as usual. Anne Green had to climb the ladder up to the gallows, where the rope was laid around her neck. Then she was pushed off the ladder. While the body was hanging there people came forward to pinch her breasts, or amuse themselves by hanging on the legs of the hanged. ”First they lifted the body up, and then hanged themselves to it with all its weight, causing a forceful downward jerk so that the poor hanged person should die as quickly as possible and without unnecessary long pain.” The attending court usher now feared that the rope might break, and urged the spectators to leave the body alone. After about half an hour the hanged was cut down and the body placed in a coffin, which was taken home to Dr. William Petty, who gave anatomy lectures at the university.

When doctors William Petty, Thomas Willis, Ralph Bathurst (1620-1692) and others assembled for the dissection and opened the coffin, they noticed that the ”corpse” took a breathe and they heard a raling sound in the throat of the ”diseased.” The immediately abandoned all thoughts about dissecting a corpse and hastily commenced attempts to bring the woman back to life.

The body was raised to an upright position in the coffin, where after msrs. doctors bound her jaws open and poured hot drinks into the patient’s mouth. This induced a coughing reflex, which encouraged them to continue the resuscitation energetically, rubbing and massaging the patient’s fingers, hands, arms, and feet. A quarter of an hour later they were able to pour more hot drink into her, and when they tickled her on the neck with a feather, she opened her eyes for a moment.

The treatment continued with bloodletting as well as compression bandaging of arms and legs with the purpose of making as much blood as possible circulate in the brain. They also used warm, hot bandages over her chest and gave hot lavamang in order to increase body temperature. Eventually the patient was put to bed beside a woman whose purpose it was to keep her warm.

Twelve hours after the execution Anne Green was able to say a few words, and after one day she could answer adequately when spoken to. After two days it was recorded that her memory had come back, except for an amnesia when it came to the execution itself and the resuscitation. After four days she was able to eat solid food, and after a month she was fully restituted.

In the resuscitation protocol detailed observations on the patient’s pulse, respiration rate and type, blood pressure, and autonomous functions were recorded. It was noted that her face at first was swollen, strongly red-coloured and showed profuse sweating. The patient’s hearing, seeing, and perception abilities where controlled time and again, and even in the beginning, when she did not respond to things said to her, Petty and Willis try to follow their instructions to raise an arm, clench her fist, open the eyes or nod her head.

The patient’s memory was recorded thoroughly during the whole course and it was concluded that the memory seems to behave like a ”clock which has had the weight removed and later hanged on again, whereby the clock starts.” Two weeks after the execution the patient’s memory had improved and she was faintly able to remember a man clad in felt, quite certainly the executioner in his gray cloak.

After Anne Green’s unique rescue the court usher attending the execution turned to the prison director of Oxford, asking that Anne Green be reprieved. This was done.

After being set free, Anne Green moved to friends in the countryside – bringing along with her the coffin in which she had been laid a ”corpse”. She later married, had three children and lived for fifteen years after her famous execution.

Thus, however, medicine lost a corpse badly needed. By a decree of 1549 Edward VI of England demanded that all students of medicine at the university of Oxford where to have taken part in at least four dissections, of which two by their own hand, in order that the anatomy course could be recognized. Thus dissection activity increased, causing a chronic shortage of bodies. Almost another hundred years were to pass before the problem found a solution through a particular paragraph of the Magna Charta (1636), stating that the right to the remnants of all persons executed within a 21 mile radius from Oxford fell to the anatomical institute of the city’s university.

It was not until the latter half of the nineteenth century that hanging in England was done with a fall to break the neck. The torment, as described for Anne Green, was the normal, and not much more than a hundred years have passed since children under the age of ten were hanged as described here: some adults hanged on to the children so that they would die quicker. Britannia ruled the waves.

1 Response to How Unlucky Anne Green got Lucky