Who knew you could earn a B.S. in English Literature at a Naval Academy?

Recently diagnosed with a genetic heart defect, Idiopathic Hypertrophic Subaortic Stenosis,  Zack has been working hard to fulfill one of his greatest dreams: writing novels.

“Nine line,” the standard radio format to evacuate casualties from the battlefield, is a call for help.

When Nick Patterson signed up for the Navy reserves, he just wanted some money for medical school. He never imagined he’d someday find himself fighting for life and limb in the sands of Iraq. Frustrated by a military bureaucracy he cannot begin to understand and an increasingly pointless war, he doubts why he is there and what he is doing. When the plucky and idealistic MEDIVAC pilot, Samantha Brown, crashes into his life, he sees another side to the war. As their friendship grows into something more serious, Nick is faced with a multitude of choices: should he stay in the military or go home to the relaxed atmosphere of private practice? Should he play it safe, or step off into the unknown with the daredevil pilot?

“Every moment is a gift”

The third son of ten children in a poor farming family,  Zack needed money for college. At  17, he enlisted in the Naval Academy in Annapolis, Maryland. He always dreamed of flying so, after graduating with a B.S. in English Literature from the Academy, he went to flight school and flew for the Navy for five years as an NFO or “goose” (as the position has been known since the film “Top Gun.”

After fulfilling his active duty obligation, Zack received a Navy scholarship to attend medical school and graduated from the University of Michigan School of Medicine in 2000. He trained at the Walter Reed Medical Center and the Bethesda National Naval Medical Center for internship, residency, and fellowship.

His training completed, Zack deployed to Iraq with a Forward Resuscitative Surgical System team and, often under fire, gave life and limb saving surgical and resuscitative treatment to American military, allied military, civilians, and enemy combatants alike. He holds the Combat Medic Badge from the Army and the Combat Action Ribbon from the Marines.

Returning home, Zack decided that he’d served his country enough and was missing his two daughters growing up, so he left service and joined a small private practice in the sleepy coastal town of New Bern, North Carolina. As a transplanted Yankee, it was a bit of a culture shock, but he can now say “Y’all” and “Fixin’ to” in proper context. 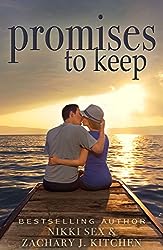 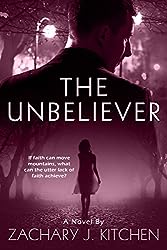 About that genetic heart defect: I wonder how soon cardiology doctor/researcher/novelist Anthony Melchiorri will print out one of those 3D hearts used in diagnostics and, someday, heart replacements. See his article “Hearts on Demand” in the April 2015 Perihelion Science Fiction.