Dinosaur Death Pit (think you’re having a bad day?) and the “Table of Mystery and Despair”

I thought I was having a rough week. Here’s a perspective builder: Millions of years ago, a Jurassic creaure, maybe a Stegosaurus, blundered into the muck of a drying lake bed in search of a drink. He got stuck there and died. 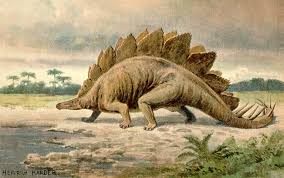 The carnage attracted a voracious Allosaurus who then got trapped with his dinner. 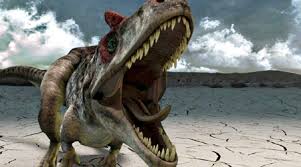 The trap refreshed itself with new bait as dinosaur after dinosaur wandered into the sticky pit. Or so the story goes. I find it hard to believe that the pit would remain “sticky” long enough for that succession of beasts to get fatally stuck. More likely, something (the first dinsaur) attracted the others, but something else must have brought sudden death to the huddled masses. There’s just too many bones down there.

Like any great mystery, this one seems to involve poison. “My approach to the quarry is the same as a crime scene or archaeological site—leave no stone unturned,” Oshkosh paleontologist Joseph Peterson says.

Scientists have been hard at work in this 148-million-year-old boneyard, hoping to learn whether the dinosaurs were felled by a single catastrophe or if the bodies accumulated over time. Earlier researches piled some unclassified bones in a corner known as the “Table of Mystery and Despair.” (My own kitchen table is looking better all the time.)

The full details are awaiting scientific publication, but researchers say poisoned water could have killed the dinosaurs who embedded in Jurassic stone. 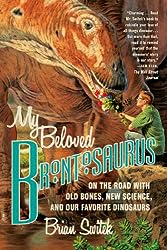 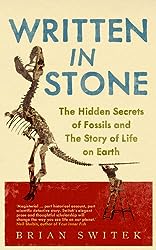 Brian Switek’s  story in National Geographic magazine special issue introduces readers to the creatures of the Mesozoic era, denizens of enormous size and ferociousness that reigned over land, sea, and sky roughly 252 to 66 million years ago. The Mesozoic earth was very different from the world we know—a hot planet with a single giant continent that eventually broke apart, forming separate land and warm shallow seas. On this slowly shifting stage, a cast of giants arose, dominating every imaginable niche. Chronicling the three periods of the Mesozoic—Triassic, Jurassic, and Cretaceous—When Dinosaurs Ruled answers questions like what is a dinosaur, and who are our current world descendants of these long lost creatures?
You can purchase When Dinosaurs Ruled here.