Sam Neumann, The Call of the Mountain / Emails from Heaven

I am smitten with this young author. 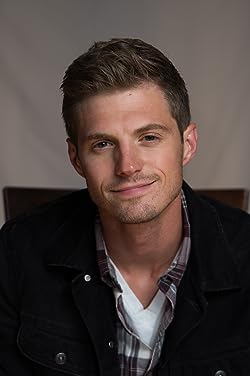 “Snarky, witty, funny, incisive, insightful, and spot-on, the way WIRED magazine staffers are” (me, moments ago)

En route to Omaha last Thanksgiving, I read aloud from “Emails From Heaven” until my children begged me to stop this “SUPER ANNOYING” habit of reading to them while they’re held hostage in a car on I-80 West. But my son works an office job in Chicago, and “Emails From Heaven” is witty and funny in the way that WIRED magazine writers are (and they’re the best!!).

But Mom has set a precedent. Anything she likes must be tuned out. When I’m dead and gone, they can read my blog and wish they’d listened.

Meanwhile, in an extraordinary case of serendipity, Sam Neumann (gotta love Sam!) gifted me a copy of his latest novel. Even though I had other jobs in the queue in my Kindle, they all got shoved aside after I sneaked a peek at the first page of “The Call of the Mountain.” I was hooked. The theme, the small town people, the police department, everything about this novel reminded me of my sister’s 1975 Cold Case, and other close-to-home people and themes.

In a fit of laziness, I’ll copy my goodreads/amazon review here, but it’s better for the number-crunchers if you read the review and vote (“yes” it’s helpful, or not) at the site: 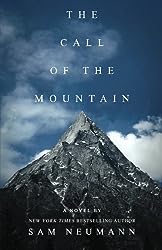 The Call of the Mountain (Kindle Edition)
-Escape the rat race
-Kiss the corporate world goodbye
-Live free in the Rockies with cool, quasi-hippie people
-Enjoy the slow-paced, scenic mountain community
-Make easy money to pay the rent
-What’s wrong with this picture?

Julian Meyer quits his office job in Manhattan, drives west to the Rockies of his childhood dream, and finds peace–but not for long. The remoteness of a small, slow-paced mountain town attracts bad people whose business is more soul-destroying than corporate work.

Other readers complain that Julian is an idiot, and I don’t dispute that, but if not for human folly, we’d have no novels, operas, plays like Romeo and Juliet, movies full of stupid people getting killed, and heart-breaking love songs about people wishing for second chances. The Call of the Mountain is spot-on in its portrayal of office workers in the big city versus the quintessential Americans in the great open spaces of the West, with a “live free or die” mentality (never mind that this is the motto of New Hampshire, as far east as a state can get).

There’s so much I want to say about this story, so many epic lines I highlighted via my Kindle and want to share, but avoiding spoilers is such a challenge. Let’s just say this is a great, great story with a “Breaking Bad” sort of theme, a timeless classic, insightful, tightly plotted, taut with suspense, and yet literary, with no exploding helicopters or other gimmicks that make me avoid the thriller genre.

Yes, we wince and cringe as Julian makes one stupid decision after another, ignoring his intuition and better judgment, because that’s how temptation works. We rationalize. We believe what we want to believe. That hot babe cannot be denied, no matter what the consequences may be, never mind that the wife back in Manhattan hasn’t even filed for divorce yet. That guy Vince is a little shady, but hey, these people are living the good life, unlike the working stiffs slaving for corporations and paying ridiculous bills and taxes.

This novel delivers a message without ever coming across as didactic. Well written, accurate, authentic, all too believable, and tragic – though there is hope and we know from the narrative style that Julian has lived to tell this tale years after it happened. We don’t know if he returns to his wife but we do know he learned a lesson, and that alone would be worth 5 stars to me. This is the rare book that I love so much, I’m buying copies for my friends. 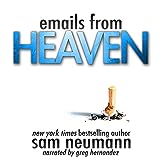 What an unexpected treat – such a well written and engaging novel, from the Kindle Daily “Free” list. Nobody asked me to read/review this book, but it skyrocketed to the #TopOfMyQueue while I proceeded to Kindle-Share line after great line until I realized I must stop cluttering Twitter and Facebook with these quotable quotes and insights.

David Grasso. Working in a cubicle, living in downtown Chicago, making one snarky, spot-on observation after another about his boss and co-workers. Fans of Dilbert, 30 Rock, The Office, this is your kind of book.

Martin. The loner, the quiet little guy people are afraid to be stuck with in an elevator. Love, love, love the guy.

Abe, the lonely widower who faithfully invites David to dinner once a week. Like Martin, like every person in the novel, Abe is vivid, authentic, clearly drawn, and all in as few words as necessary. This author doesn’t bore us with back story or too many details.

Erica, the co-worker who’s “out of my league,” David believes, so he keeps hiding his feelings from her, even if he risks looking a tool who couldn’t care less about her.

Sal, the brother who emails David from heaven. All the other characters who get drawn into this mystery. The hacker. Great, great, memorable scenes. This should be a movie.

The fishing trip. The gray days in the city. The gray moods David can’t shake. The frustration of not finding answers to those age-old questions life throws at us.

It’s harder to write a review about a great novel than a mediocre one, or a predictable one. This novel fits no formula or genre that lets us know in a word what to expect. It’s full of surprises – wrenching and painful ones, yes, but ultimately, surprising victories (however small or big) and that thing so hard to find in today’s fiction, the thing Emily Dickinson nailed in “hope is the thing with feathers.” I love this story, this author.

Again, nobody asked me to review this book. Normally I blitz through the first page of a half dozen novels a day. Many look good, sound good, but don’t hook me. This one, I couldn’t put down until I’d gotten to the end. For me, that’s exceedingly rare.

Why is cauliflower criminally underrated? What makes Bob Ross the most important painter who ever lived? And why does quitting menial jobs feel so right?

In his second book, New York Times bestselling humorist and life critic Sam Neumann employs his unique brand of snark to answer these questions and many more. In an earnest effort to make sense of – and yes, make fun of – the absurdities of everyday life, this collection of short essays is at once hilarious and thought-provoking.

Believed to be the first book to analyze automated phone systems, obligatory Facebook comments, and the stages of dog love, Quitting Cold Stone (And Other Struggles) is Neumann’s manifesto of everything that is right and wrong with the world. With the balls to take on Audi of America and the audacity to defend Nickelback, Quitting Cold Stone brazenly barges uninvited into most every realm of modern society, and does not leave a tip. You may feel the same about the topics at hand; you may feel differently. You may feel the author is a complete moron. But rest assured, while reading this book, you will feel something.

AUTHOR’S NOTE: This book contains profanity. It’s a general examination of civilization and human nature, and sometimes these things are easier (and more fun) to talk about when you use bad words. If the presence of a little colorful language is likely to ruin your reading experience, it’s probably best to pass on this one. We can still be friends though.