Otto Warmbier. I’m Haunted. Humbled. Who among us hasn’t deserved a #DarwinAward? 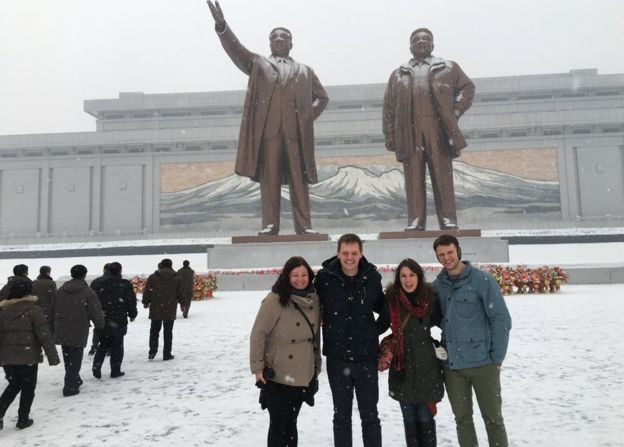 I’m Haunted. As a mother, as an American, as a doofus who’s done all sorts of stupid things that could’ve gotten me killed, one way or another.

“Stupid White Boy, Stupid Frat Boy: He Had It Coming”

He may look like Hiter’s Aryan ideal, with a German name; he might be the kind of American who makes American tourists look bad; or he might be the kind of kid so many of us were. In college, how often did you see stolen street signs or beer signs in dorm rooms? Anyone who thinks this kid was “asking for it” has a very short memory or no humility.

Who among us hasn’t earned a Darwin Award, though most of us get away with doing really stupid things? “The wages of sin is death,” but the wages of stupidity is staggering. 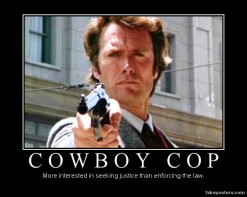 Friends described him as a “sports fan who can reel off stats about seemingly any team, a friendly Midwesterner who can break down underground rap lyrics (and craft some of his own), a deep thinker who would challenge himself and others to question their place in the world, a guy from an entrepreneurial family who ate half-price sushi, an insatiably curious person with a strong work ethic and a delight in the ridiculous,” the paper reported..

… Later, he would break down in tears: “I have made the single worst decision of my life, but I am only human.” http://www.bbc.com/news/world-us-canada-40308028

“There but for the grace of God” goes any one of us, or our children. Those who blame this college student should try some introspection before casting the first stone. Stupid frat boys, white privilege, none of this shaming and blaming and political division have a place here.

Why am I quoting the Bible when I doubt any God actually inspired its writing? Because my outrage over this incident is of Biblical proportions. I have a son. My sister, at almost 19, was murdered in 1975, and foolish choices had a lot to do with her being in the wrong place with the wrong people. Her cold case remains unsolved.

Turn the other cheek? I’ve had enough of that lamidity (to steal a word my daughter coined).

“Vengeance is mine, saith the Lord,” so leave it to God to punish the evil in some next life? No. I have no such hope. Karma sounds good on paper, and hell sounds somewhat gratifying for suffering innocents who turned the other cheek, but no.

The tour group who sent college students to a dangerous country should be penalized – severely – for throwing Otto under the bus. For taking money from Americans to send them to a place where freedom and justice do not exist. Tyrants can steal the lives of others without fear of repercussion.

Be afraid, North Korea. Be very afraid.
Oh, I know you won’t be. Japan was so unafraid, it took not one but TWO atomic bombs annihilating millions of civilian lives to get them to stop acting aggressively and killing others all around the globe. (Pearl Harbor?)

“I worry that my family will be harmed… one final time: I beg for forgiveness…” –Warmbier

*”I committed the crime of taking out a political slogan from the staff-only area of the Yanggakdo International Hotel. The slogan inspires the Korean people’s love for their system. The task was given to me by the Friendship United Methodist Church. At the encouragement of the Z Society and the connivance of the United States Administration, I came to commit this task. The aim of my task was to harm the motivation and work ethic of the Korean people. This was a very foolish aim. Growing up in the United States, I was taught that the DPRK is a mysterious, “isolated communist nation” from the mass media and education. This made me an innocent thinking adventurous young man like myself, want to show my bravery in this mysterious country in order to improve my reputation and show Western victory over the DPRK.”

“I have been very impressed by the DPRK Government’s humanitarian treatment of severe criminals like myself and of the very fair and square legal procedures in the DPRK. And I’ve come to see that the current “human right issues” in the DPRK, consistently highlighted by the United States Administration is simply nothing more than a hypocritical excuse to eventually overthrow the Government of the DPRK. I apologize to the people and the Government of the DPRK and beg for forgiveness.”*

The American I grew up in (last century, yes) esteemed justice, the way all those spaghetti Westerns modeled. It was a fairy tale fraught with misdeeds and heroes who had trampled Native Americans, but now we have trampled every last American ideal of freedom, which depends on respect for others, and punishment of those who infringe on the liberty of others. Those who harm and kill others must be stopped – if not by the arm of the law, then by vigilante justice. No, I don’t mean lynching! I don’t condone law-breaking and I do not condone violence. Except as an absolute LAST resort.

Otto Warmbier, I can only hope there’s such a thing as life after death, and a fitting punishment for those who get away with evil in this life.

“The North Koreans lure Americans” to the country through tour groups, claiming that the region is a safe place to travel, Warmbier (Otto’s father) says. He adds that they agreed to let Otto go because of the claims that it would have been an educational trip. “He was taken hostage at the airport as he was trying to leave the country,” said (Fred) Warmbier.

“Fred Warmbier also dismissed whatever efforts were made on behalf of his 22-year-old son Otto by the Obama administration, which asked the family to keep a low profile when news of Otto’s arrest became public. ‘The results speak for themselves,’ he said in a news conference, adding that President Trump, by contrast, reached out to him personally,” reports Fox News.

Vigilante Man: A type of anithero who operates outside the law to punish criminals. They can almost always tell when a criminal is innocent or not.

Examples:
The Punisher
The Vigilante
Most versions of Robin Hood
Rorschach from “Watchmen”
V from “V for Vendetta”
Light Yagami from “Death Note”
Yuri Lowell from “Tales of Vesperia”
The Red Tornado from “Romeo X Juliet”
The McManus family from “The Boondock Saints”
Billy Jack from “Billy Jack”
Mack Bolan in “The Executioner”
Erica Bain in “The Brave One”
Travis Bickle from “Taxi Driver”
Dexter Morgan from “Dexter”
Clyde Shelton from “Law Abiding Citizen”
Eric Draven from “The Crow”
Nick Hume from “Death Sentence”
Harry Brown from “Harry Brown”
Coffy in “Coffy”

3 Responses to Otto Warmbier. I’m Haunted. Humbled. Who among us hasn’t deserved a #DarwinAward?