I WAS A PRISONER in my father’s kitchen, all the walls and windows covered in tinfoil, table buried under antique ham radio equipment.

“Someone has to go check on Dad,” my brother had said. “He’s not answering his phone or email.”

“Someone” always meant me.

Dad’s usual conspiracy-theory-crazy had escalated. He refused to unlock the gate for me when I first drove up and buzzed, but I knew the code. Once I got in, he confiscated my keys and cell phone. I wouldn’t be getting out anytime soon.

“Super top secret,” he said, ears covered in headphones. He ushered me in with a bright-eyed smile, which made no sense after he’d just taken my keys hostage, and waved me into the Recliner of Doom. Whoever sank into that marvelous chair would be incapacitated by the ennui of pure comfort and lazy bliss. No sedatives necessary. Somehow we always forgot this, and Dad always had to pry us out with a crowbar whenever he was ready for us to leave.

“Think Arthur Collins.” Dad was still half-smiling. For him to be excited like this, historically, just…well, it never led to good things. “Art Collins and his home-built crystal radio.” At age fifteen, Collins accidentally or serendipitously made contact with Admiral Perry and the MacMillan expedition. Their German-built radios couldn’t get through to headquarters in DC, but this Iowa boy ended up sending and receiving messages in Morse code throughout the summer of 1925–even though his equipment consisted of a Quaker Oats box, glass towel racks, some wire and a Model T spark coil. In my dad’s eyes, Art Collins was as epic and legendary as a comic book superhero. All Dad’s vintage equipment came from Collins Radio Company.*

I said. “Did you just contact some big, covert expedition, or something?”

“Only the first African in space.” Dad’s eyes shifted my way, then back to his dials and the bloopy, swoopy noises we had grown up with, Twilight Zone sound effects lulling us into nightmares of UFO sightings and aliens kidnapping our mother.

“Dad. That’s an old internet scam. Another variation on the Nigerian prince.” I managed to keep a sick feeling from rising into my throat.

“Not this one.” Dad tossed me another glance. “This one started before we even had an internet.” He pulled his headset away from one ear and looked me straight in the eye for, like, three seconds. “About the time your mother started whistleblowing, this guy–”

He launched a crazy tale of some rich guy in Africa going up in a space shuttle and never coming home again, because crazy foreign nationals killed his radio, stole his bank account, hijacked his business, and faked his death.

All these years, he would never accept that she could be dead. “She’s alive,” he’d told us even after we saw her coffin lowered into the earth. “I don’t know who or what is in that grave, but it isn’t her.”

They never did allow us to see the body, because dental records identified her, and what was left of her wasn’t fit for anyone’s eyes.

Even if she was in Witness Protection, as Dad hoped, she was dead to us. We’d never see her or hear from her again.

“Dad.” I tried to get up, but the recliner held me in its divine grip. How could it make me feel so relaxed when our crazy dad was ready to open some new Pandora’s box of conspiracy theories and assassination attempts? This was not his usual crazy. This was a new and crazier than ever kind of crazy.

He didn’t even ask what I was about to say. That ticked me off. But not as much as the fact I couldn’t remember what I was going to say, anyway. Dad. Dad. Something he’d said made me think he believed Mom and the Afronaut, African astronaut, whatever, were somehow connected.

The noise of Dad’s radios became stranger than usual, and I remembered the sonic attack, or acoustic accident, that made those American ambassadors get really sick in Cuba. What if these crazy radio acoustics we’d heard for years were messing up Dad’s brain? My head felt weird with all the spacey sounds filling the room.

“The tin foil,” I said. “How does it let in shortwave radio but keep out whatever surveillance stuff you worry about?”

Delayed replies were dad’s usual m.o. but I just didn’t feel patient or indulgent with him now. Not if that Nigerian Prince scam had suckered him in.

He was listening to something in Morse Code. He could hear at a ridiculous speed, while I could only make out ten or twenty words per minute. The di-di-dah-dit sounds came faster than machine gun fire, in a high register that always sounded a little hysterical to me, even on a good day.

His body tensed like a dog who heard a stick break in the woods. “It’s almost here!”

Dad bolted, like that dog chasing the sound in the woods. I followed him out the door. He stood in the yard, looking past the antenna farm to the long, grassy strip he used as a runway for his home-built plane. Not much was visible in the moonless night, but a dark shape blocked the stars, and became larger, and larger. A whisper landed on the ground, sending tremendous vibrations to our feet. I felt sound waves rattling my teeth yet heard almost nothing.

A narrow strip of light widened into a doorway, with a human figure silhouetted in the electric-looking glow. Dad whooped like an Apache and went running.

Two silhouettes hugged and spun each other around, squealing. Another figure loomed in the lit-up doorway.

I took a deep, steadying breath and willed myself to wake up now from this weird dream, but I was more wide awake than ever before in my life. Then I remembered the spare phone I kept in my pocket, knowing Dad would always confiscate my real phone. My brother was on speed dial.

He wasn’t going to believe it any more than I did, but that silhouette was the exact size and shape of our mother. 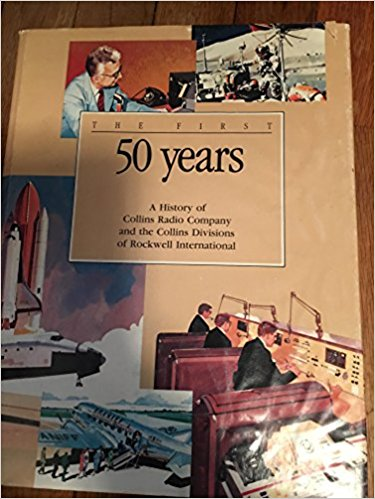 News Item on Havana: Computer scientists may have solved the mystery behind the ‘sonic attacks’ in Cuba

This story started in response to a prompt from @mariannewest
Day 140: 5 Minute Freewrite: Thursday – Prompt: First African in Space

Below, an excerpt from the news story the “First African in Space” prompt was based on:

… You know how these scams work by now: an email says that someone is in prison unjustly/kidnapped/exiled. They’re rich, but they can’t get to their money right now. If you help them out, they’ll reward you once they’re free…

… This email, which Anorak posted in full, is a true gem of the genre. The pathos! The storytelling! The use of a real government website! Here’s the setup:

REQUEST FOR ASSISTANCE-STRICTLY CONFIDENTIAL I am Dr. Bakare Tunde, the cousin of Nigerian Astronaut, Air Force Major Abacha Tunde. He was the first African in space when he made a secret flight to the Salyut 6 space station in 1979. He was on a later Soviet spaceflight, Soyuz T-16Z to the secret Soviet military space station Salyut 8T in 1989. He was stranded there in 1990 when the Soviet Union was dissolved. His other Soviet crew members returned to earth on the Soyuz T-16Z, but his place was taken up by return cargo. There have been occasional Progrez supply flights to keep him going since that time. He is in good humor, but wants to come home.

@Keangaroo had posted this to our discord home, The Isle of Write (@mariannewest writes),  and suggested that this would make a good prompt. Then, this happened:

Carol, to Marianne:
Coincidentally – Our son released an album today, March 7, and he composed the songs the way your Freewrites work. He started free-writing lyrics each day for 30 days. Then he’d work on the music. Eight songs made the final cut at the end of the month.

It was almost February and Layla Frankel asked Katie Bates and me if we wanted to write a song every day in Feb and send it to each other to critique them for each other. I had only ever written one song with lyrics up to that point and had never really been a singer before but I was down to try. By the end of the month I was surprised what happened and excited to share them so here are my some of favorites. Thanks to Layla and Katie for their feedback and encouragement.
released March 7, 2018 | all rights reserved

“First African in Space” – point of view of the stranded astronaut –

lyrics, vocals, score, instrumentals, recording, by Miles, from the album My Name is Miles

How cool is that?   A freewrite song lyric initiative, which works in a way much like Marianne’s Daily Freewrite **Writing** prompt–and on the same day that Marianne posted the “African in Space” prompt, Miles Kean’s song, inspired by the same Nigerian scammer story, was released. I had no idea it was happening. It all just came together.

Another element that appears in all my writing is something I have in common with Jody Ewing–loss of a loved one to an unsolved murder case. Jody is a living legend when it comes to investigating Iowa Cold Cases and calling attention to them, in hopes that some reader, somewhere, will remember something, and supply a clue.

Also, it’s a tribute to the lives cut short by murder, the families who mourn a lost loved one. Sometimes, it’s a plea to investigate the investigation. Crazy conspiracy theories arise from real-life corruption and conspiracies to cover up crime, especially when Law Enforcement at every level starts looking sketchy, from local LE to FBI agents.

Jody is also a first-rate writer and storyteller but she rarely finds time for her own writing. I like to remind her that the truth is best told in the guise of fiction, and she could disguise Cold Cases as a series of best-selling police procedurals and thrillers.

Thank you for the Freewrite prompts, Marianne!

Here’s how mine began. Five minutes isn’t long enough for me to write a whole page. I write for a few hours, then revise, and revise some more. You can see how the opening changed, if you can read my last-century cursive. because Kean sounds like Kane (not keen, hint, hint)