The Prince Games by Joshua Rouse 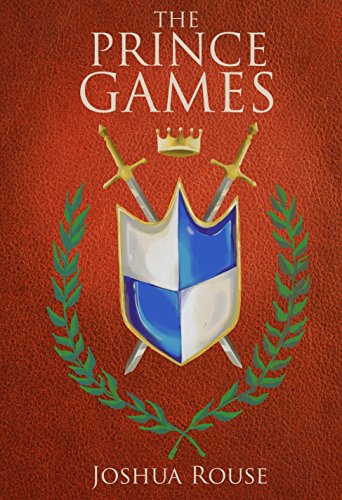 One princess from the wealthiest kingdom in the land is locked away in a tower in the midst of a monster-infested, trap-laden island. Prince Ronan must brave the dangers, battle against competing princes, and be the first to rescue the princess, winning her hand in marriage and claiming honor and glory as victor of the perilous Prince Games…or die trying.

The author of this debut novel is young enough to be my son. In fact, he was a classmate of my own offspring, and I’ve seen him as a middle schooler in jazz combo, as a high schooler, as a college student, and now a college grad with a degree in English teaching, from the same college I attended last-century for the same degree. Only one of this young man’s professors was someone I too had studied under. Most of my teachers are now retired or (sob!) deceased.

When I first saw this manuscript in 2015, I told Mr. Rouse the things I love about it, but suggested he visit some How to Edit Your Own Fiction books and tackle some verbosity, and make sure punctuation in dialogue is consistently and correctly used (commas, not periods, e.g., in sentences like “I’ll be right there.” Julia said “I’m on my last ring…”).

In 2016, he published the novel. It is full of heart, full of magic, with swords and monsters, battles and villains, and surprise twists.

It is also full of the same syntax issues, and prose that could use more paring and polishing. “Less is more,” and modern readers have little patience for excess verbiage.

This author is young, as I mentioned, and talented, and ambitious. If he submits his prose to a writing workshop, or a seasoned editor, and hammers away at the excess verbiage, he is sure to win a loyal fan base.

I’m a fan of the theme of forgiveness and redemption, and for that alone I would recommend this novel to young readers. Fantasy is not my favorite genre, but dragons, towers, magical swords, and quests are staples of a classic kind of storyelling that never goes out of style.