I haven’t read his fiction yet, but his artwork is awesome, and his profile photo is so good looking, I just had to stop everything and blog about it this morning.

Noah Fregger spent much of his childhood immersed in various books and movies, most involving lightsabers, space travel, and heroic battles between good and evil.  Despite his exceptional skills as a writer and artist, he was “a lackluster student through high school.”

This is true of far too many talented, gifted (often “ADHD”) students.

Noah joined the Navy in 2003 (stationed in Yokosuka, Japan) and toured the Western Pacific from the literal belly of the aircraft carrier USS Kitty Hawk. Traveling the beautiful Pacific, he finally had time to read and write, brainstorm new ideas and write his first novel.  After nailing down the plot, he began the arduous task of capturing ideas on paper.  The laptop he wrote it on was stolen, and there went the story, along with an immense amount of time and effort.

TOO SAD:  “The writer and artist in Noah lay dormant for many years after, waiting for the proper time to be resurrected.”

(Note: I email myself my novel every day that I work onit. Okay, I *should* do it every day. Yahoo has this stuff filed in little pieces all over the planet in ways I cannot fathom, but this clumsy form of cyber storage is cool, and free.)

He married his high school sweetheart.  Honorably discharged from the Navy in 2007, Noah returned home to civilian life with all its blessings and tragedies.  When his father died at age 50, Noah’s grandfather challenged him to write again. With newfound purpose (dedicate stories to his “inspirational father and muse-like daughter”), Noah completed his manuscript at the end of 2011.

His goodreads and amazon author pages list his novels and book reviews. 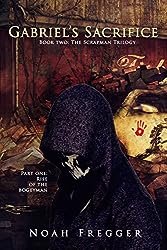 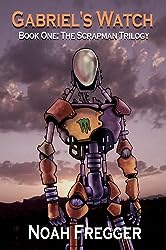 Noah Fregger @NoahFregger ·  “My thanks to all the readers who take the time to reach an author. Your words are true motivation.”

I’m following! Now, to see his fiction is as promising as his profile photo. 🙂

P.S. Noah wrote at his blog, “Writing on a close friend’s laptop, the story earned the attention of numerous people” — and the English teacher in me has to ask how you got your story to use a laptop and write itself. 😉 Sorry, it’s that pesky subject/verb mismatch that plagues everyone, even veteran writers when they aren’t paying attention.