Julie Ann Benning, b. 12-December-1956 in California when Dad was drafted into the Army 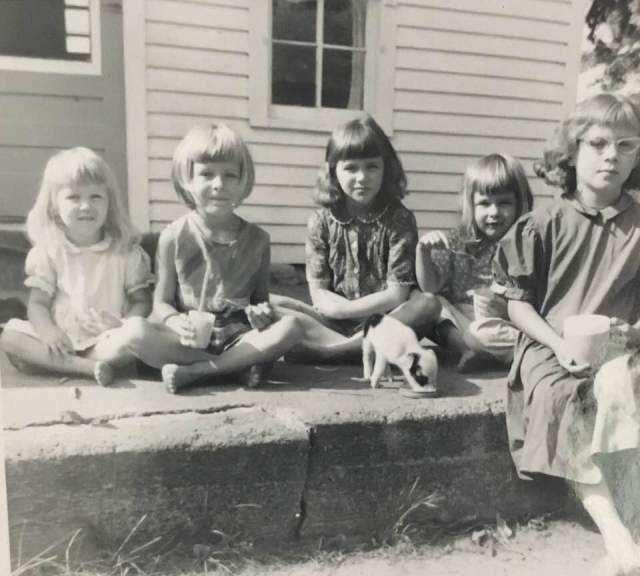 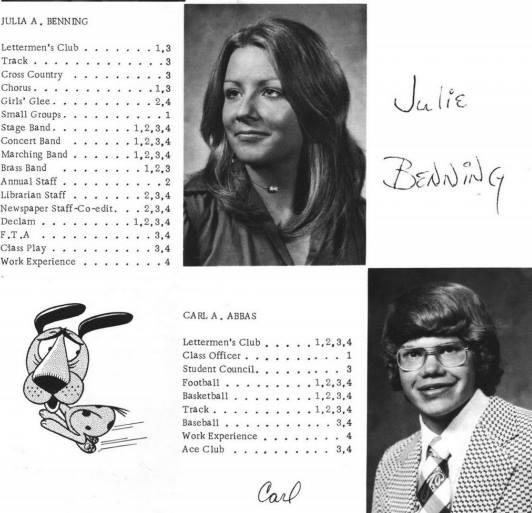 Carl and Julie were like Punch and Judy. Carl died not long after Julie did, in a car wreck. 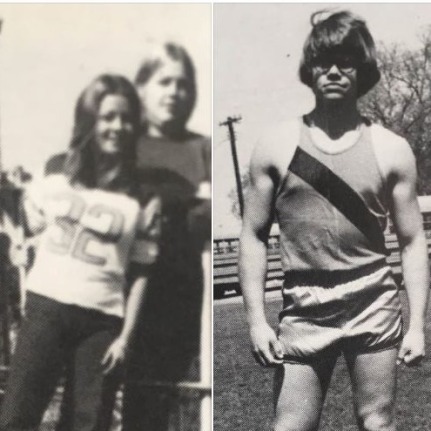 The DIARY of Case Number: 76-00382  Julie Benning  is a 3-ring binder with loose-leaf, lined notebook paper, starting in 1972, ending early October 1975—nothing for all of November. 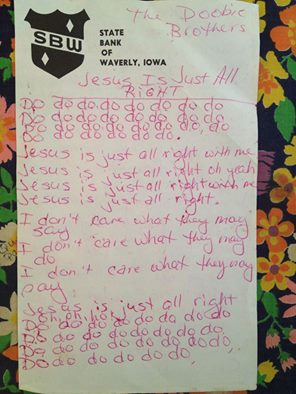 As a senior at Plainfield High School, Julie had sharply criticized the taking of human life and life imprisonment. In a May 8, 1975 school newspaper editorial, she wrote:

“Murder is a horrible crime to commit and, of course the offender must be punished, but does that mean he should rot in prison until he dies? I don’t think so . . . nor do I think any person has the right to say someone should never be let out of prison, or give them the death penalty.” She urged her readers to “Put yourself in their shoes — the convicts are still humans, too. I hope people will be willing to help them and lend support in convicts’ efforts to rehabilitate themselves.”

Six months later, she was raped, strangled, and stuffed into a culvert under a gravel road, where she lay hidden until spring rains washed her nude body into a muddy ditch.

Her diary was held for months in the home of a Waverly police officer, and Julie’s mom had to knock on his door to get it back. His wife handed it off after a 45-minute wait. A copy of the diary is now in the hands of a private investigator. Despite the entire month of November being missing, names and clues still remain. If the police took statements from  people Julie mentioned, many never made it into, or they disappeared from, the Case File.

Case summary by Jody Ewing (iowacoldcases.org) – my thanks to Jody for her countless hours of time and volunteer work, creating the Iowa Cold Case website, writing about Julie and keeping her alive in our thoughts, with hopes that her killer(s) will be apprehended and brought to justice after all these years.  Jody writes:

She had a quick smile, a zany laugh. She was bright, beautiful, spunky and ambitious. She loved getting out to meet people and making things happen.

She loved live music and the weekly Top 100 Countdown.

Her creativity spilled over into every aspect of her life; she not only designed and sewed her own dresses, but painted landscapes and portraits of all things closest to her heart.

She also was an avid reader — Nancy Drew mysteries were a favorite — was already writing her own stories and had an interest in investigative journalism.

But the day after Thanksgiving on Friday, November 28, 1975, 18-year-old Julie Benning suddenly vanished without a trace while on her way to work in Waverly, Iowa.

Her father, Lowell Benning of rural Clarksville, drove to Waverly and reported her missing to Police Chief Clarence Wickham. Mr. Benning knew that Julie — the eldest of his five daughters — would never just disappear without a word, and asked police to contact area media about his missing child. Wickham, perhaps not fully convinced foul play was involved, suggested Benning make the media contacts.

The distraught father went to newspapers and radio stations in person, asking they alert the public about his daughter’s disappearance. KWWL Radio reported on the story, and a Bureau of Criminal Investigation agent was sent to work with the family.

On December 12, Julie’s 19th birthday arrived, but there would be no celebration without her.

A missing person search that sometimes extended to other states produced no clues to Julie’s whereabouts until March 18, 1976, when a Butler County road maintenance worker found her nude and decomposed body in a roadside ditch along a quiet country road about a mile northeast of Shell Rock, Iowa. The teen had been raped and strangled.

An autopsy report established cause of death as “homicidal violence, caused by injury to the throat area.”

A 1975 graduate of Plainfield High School, Julie Benning lived on a farm near Clarksville with her parents and four younger sisters, but had been staying with her aunt and grandmother, Malita Benning and Mrs. Emil (Frieda) Benning, in northwest Waverly while employed in Waverly. 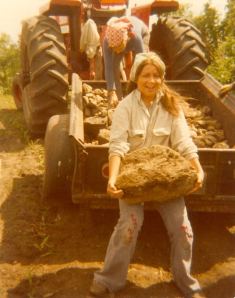 Every summer, Julie  and her four sisters helped their father clear rocks from the field before he planted.  In addition to designing and sewing her own clothes, Julie’s creative talents  included writing and painting. 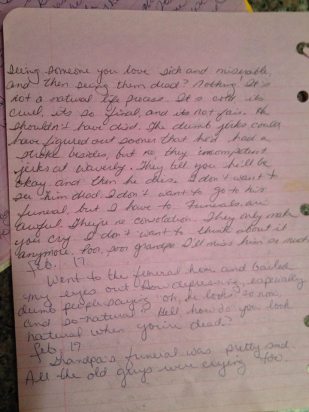 Feb-1975 Grandpa Benning died. “I don’t care what anybody says – death is not a natural part of life. What’s natural about seeing someone you love sick and miserable, and then seeing them dead? Nothing! It’s not a natural life process. It’s cold, it’s cruel, it’s so final, and it’s not fair. … Funerals are awful. They’re no consolation. They only make you cry.”

Jody Ewing’s case summary, continued:
On Saturday, March 29, 1976 at about 8 p.m., Butler County Attorney Gene Shepard received an anonymous letter postmarked March 27 from Oelwein, Iowa. Authorities didn’t say how or where the note was found, but said officers wanted to look further into information contained in the note.

On Tuesday morning, Sept. 7, 1976 — less than six months after Benning’s body was discovered — the nude, beaten body of 20-year-old Marie “Lisa” Peak was found in a ditch a quarter mile north of Waverly’s city limits six miles from where Benning’s body was found.

Peak had been sexually assaulted, and, according to autopsy findings, died of suffocation and a broken neck. None of Peak’s clothes were found at the scene.

Peak, the daughter of Knoxville veterinarian and former city councilman Dr. Frank Peak and Mary Peak, had just returned to the Wartburg College campus in Waverly the day before to begin her sophomore year with plans to major in journalism. Peak had told friends she was going shopping Monday afternoon but never returned to the campus that night.

Investigators cited a number of similarities in the Benning and Peak slayings, and FBI criminologists were consulted to determine if the same person murdered both young women.

Both Benning and Peak were attractive and described as “outgoing” or “popular.” Both disappeared in broad daylight. Miss Benning was purported to have last been seen in a shoe store, and Peak reportedly was going to pick up a pair of shoes. Both women’s bodies were found nude and both had been sexually assaulted. Both women also had interests in journalism and enjoyed reading about and writing mysteries.

Some have tried to connect the Benning and Peak murders to another homicide four years earlier. On June 15, 1971, the partially clad body of 14-year-old Valerie Lynn Klossowsky of Waverly was found on a creek bank under a bridge three miles west of Denver, Iowa. The Waverly-Shell Rock Junior High School student also had been strangled. However, her killer has no apparent connection to Julie’s and Lisa’s.

If you have any information regarding the murder of Julie Ann Benning, please click here to send your information to the Iowa Division of Criminal Investigation’s Cold Case Unit.

At age 15 as a high school freshman Julie wrote a short story about a girl diagnosed with leukemia who becomes cop and takes down drug dealers. The dying girl tells her weeping mother and father on her death bed that she’s going to heaven, “and I will be waiting for you.” 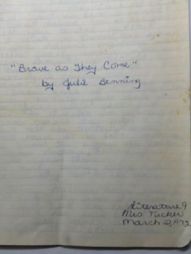 Julie was “last seen” walking on Bremer Avenue on her way to work as a waitress at the Sir Lounge in Waverly’s downtown business district. Chief Wickham later heard reports that Benning had been spotted in a shoe repair shop Friday at 5:05 p.m. to get a pair of shoes she’d left there.

I’ve yet to find out if this statement was ever entered into the case file:

Julie what seemed to be, being pushed into a car that day (Nov. 28), right in front of the shoe repair shop. ….more than one guy, and light blue and white letter jackets they were wearing.

And guess what: a crime lab in Denver, Colorado, was told that Julie’s file is in Butler County, and that the basement was flooded and they have yet to locate her case file. Yeah.

The media reported that Julie never made it to work that day. That’s what her boss told us, and that’s what the police told the media. At least one eyewitness saw her working at the Sir Lounge at 9 p.m. but the media reported whatever the police told them. Investigative journalism at its best. (Not.) Another witness has since attested that Julie showed up for work, and it was memorable because Thanksgiving weekend brought in a lot of hunters and out-of-town patrons.

THE SIR LOUNGE STRIP CLUB by John E. Hunter Jr. is a 14-page reminiscence of a Wartburg college student in the early 1980s, his regular visits to the Sir with another student named Matt, and their sordid exploits with 19-year-old Wartburg co-eds who liked cocaine and kinky sex. Not worth the $3 I paid to see if it would yield any new leads. My review at Goodreads

January 2021 Update: More has been uncovered, but not for public consumption.

Podcasters and bloggers have been pillaging the research of Jody Ewing and others, passing it off as their own due diligence. They’re spreading misinformation and speculation about these cold cases. I will not name them here, but one of the worst offenders calls herself a true crime diva. 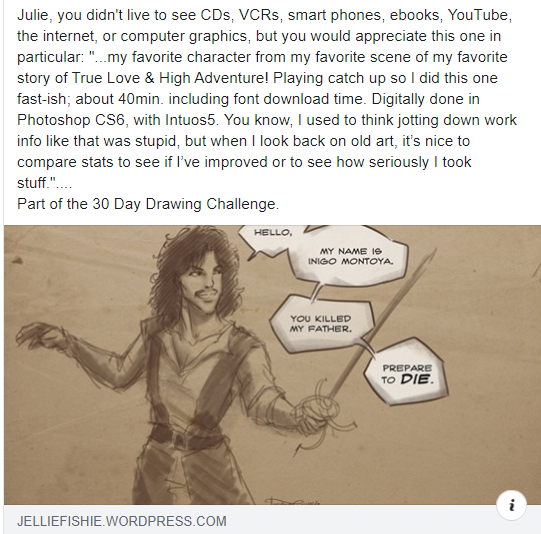 Hello. My name is Carol. You killed my sister. Prepare to Die!